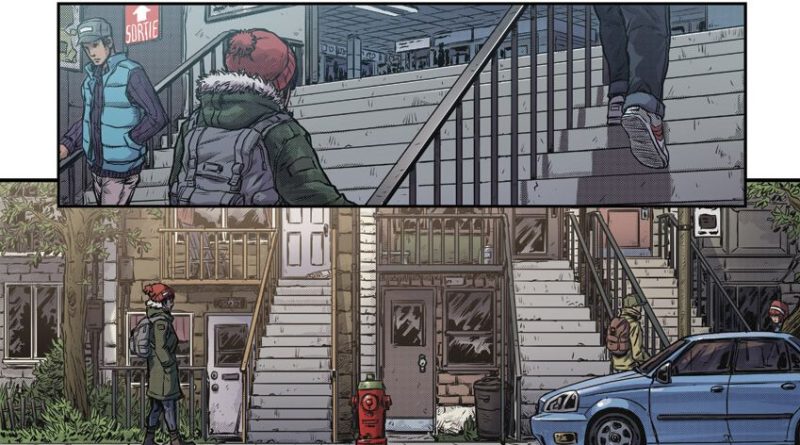 Using Montreal as the setting for Code 45 was important to me. Personally, I’ve grown weary of stories set in Los Angeles or New York City – not because I have any acrimony towards those places, but because they’ve become the default backdrop for so many television programs, movies, and books. I’m a little burned out on palm trees and yellow cabs.

Montreal, on the other hand, is perhaps North America’s most ignored metropolis when it comes to media representation. A big part of this is the language barrier, with 50 percent of the popular speaking French as a first language making it more difficult for creators to casually dip in and out of the culture. Then there’s the climate – the inhospitable winter months are going to play a role in any story told here, and for some creators that’s a non-starter.

As someone who’s made Montreal their home for the better part of two decades, I wanted to showcase the city that I love from the perspective I had when I first moved here in the late 1990s. I spent a significant amount of time of my early years here exploring the city from within the metro tunnels, which were my first-ever experience with any kind of public transportation (yes, I’m originally from the sticks).

Montreal’s metro is unique in that each station was individually designed by a Canadian architect, which means no two are alike. It also means that many of the stations reflect the tastes and spirit of the late 1960s when the system was originally built. The metro is also notable for having a number of stations that were dug out and never put into service, which made them the perfect setting for a number of the subterranean activities that take place in Code 45 – including the underground music scene, which figures prominently in both the book and my own life.

Finally, I’ve rarely seen a depiction of Montreal in English-language media that matches my own experiences with the city. In many ways, Code 45 is way to shine a spotlight on my Montreal – or at the very least, what ‘my Montreal’ was during the timeframe of the graphic novel. It’s a true pleasure to be able to share what the island means to me to everyone who reads the series.

Visit www.code-45.com to sign up to be notified when the Code 45 Kickstarter campaign goes live. 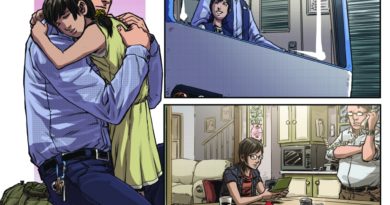 I Learned That Layout Is Everything When Writing For Comics 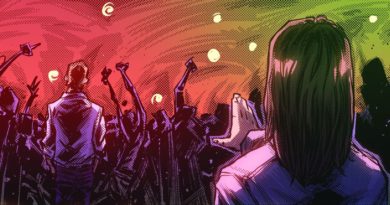 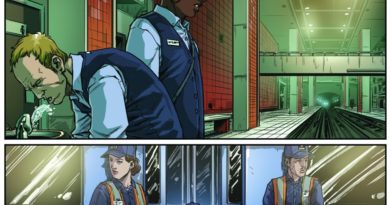 One Luxury Car Model To Launch Them All

Why Would Someone Blog About Every Star Trek DC Comics Issue? #9 – New Frontiers Chapter 1: …Promises To Keep